To celebrate the England football team getting to the Euro Final here are a few football coins. 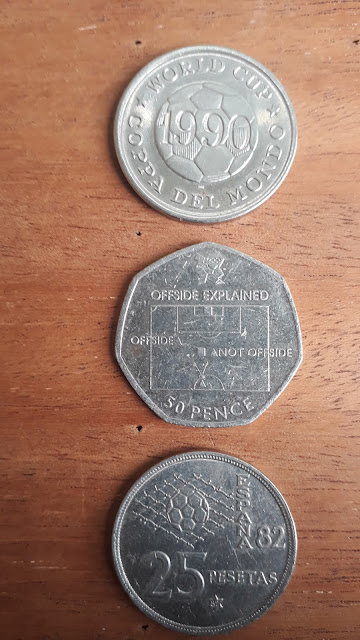 the middle one is an interesting design by Neil Wolfson, a sports journalist who
chose an image which he felt would encapsulate the sport. it is one of the rarer commemorative 50 pence coins. I have previously suggested the Royal Mint brings out a penalty knock out coin. Let us hope there an England Winners 50 pence coin.
Posted by David at 02:20 No comments: