I purchased an Oxford token today featuring a balloon flight in the Nineteenth Century. It is the first one I have actually seen although I have read about it. Here is an edited version of an article I wrote some time ago. 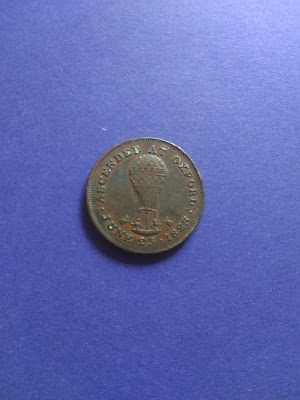 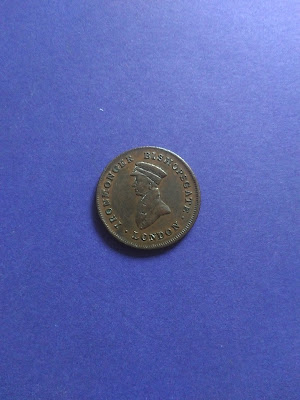 Sparrow was a London Ironmonger and nail merchant who took part in an early balloon flight at Oxford. He obviously enjoyed the experience as he used the flight in his advertising and a series of tokens that were issued in his name.
He paid 50 pounds to a Charles Green “for the privilege of being allowed to encounter the perils of the voyage”. That sum would probably be about four thousand pounds now. Green’s first flight was July 1821 and the one with Sparrow was only Green’s fifth trip. Green was a professional balloonist and clocked up over five hundred flights in his career including a flight from London to Germany.
The flight was in June 1823 and witnessed by a crowd of 5000 [i]A large sum of money collected from spectators watched filling the balloon. The ropes on the balloon caught edge of a chimney and nearly upset the basket. Sparrow waved his flag gaily after balloon righted itself. It reached a considerable height and travelled east. It had an altimeter which had been damaged but they still able to calculate height of two miles. The account describes seeing clouds like an ocean of snow and the “Mosaic pavement of the earth” below. The balloonists used flags to tell if ascending or descending. After a journey of some 18 miles south east of centre of Oxford they descended rapidly near woods of Nettlebed Heath.
At the time of the flight was based at Sun Street and moved to Bishopsgate. He renamed his warehouse Balloon House and later issued a series of farthings to commemorate the event.  As well as nail and ironmongery he was proud of his “leather sauce” – a type of polish or preservative.