The theme this month was war and remembrance, tomorrow being Remembrance Sunday. 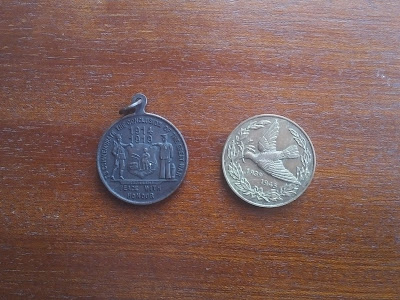 I will start with two South African medallions. the left one is from Johannesburg and is inscribed 1914-19 Peace with Honour. This is an interesting phrase, rarely used to refer to the First World War although it was used by U.S. President Woodrow Wilson.

The second marks peace in 1945 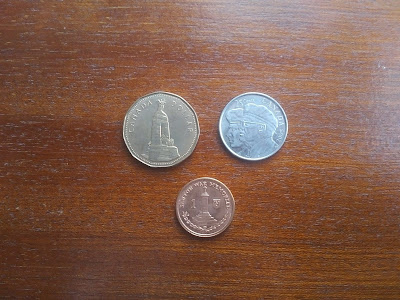 Next we have some more modern coins. Two from Canada showing the national memorial on a dollar coin and veteran and serving soldier on a 25 cents. The other coin is a penny from the Isle of Man. This shows the Santon War Memorial. 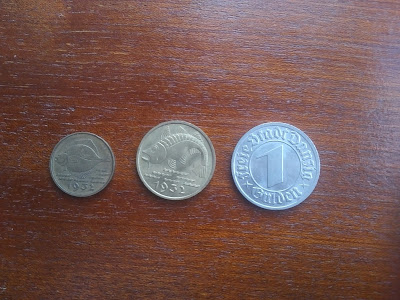 Lastly we have three coins from Danzig. all dated 1932
The Free City of Danzig was a semi-autonomous city-state that existed between 1920 and 1939, consisting of the Baltic Sea port of Danzig and nearly 200 towns and villages in the surrounding areas. It was created on 15 November 1920 in accordance with the terms of the 1919 Treaty of Versailles after the end of World War I. In July 1923 it was announced that a new and independent currency (the gulden) was being established with the approval of the League of Nations finance committee to replace the German mark. A first series of coins was issued in 1923, followed by a second in 1932. Coins were issued in denominations of 1, 2, 5 and 10 pfennige and ​1⁄2, 1, 2, 5, 10 and 25 gulden. Danzig was annexed by Nazi Germany on 1 September 1939, the day the invasion of Poland had begun


Notes and coins of 5 and 10 gulden were withdrawn that day and could be exchanged for reichsmarks until 15 October. Coins of 5 and 10 pfennig and ​1⁄2 and 1 gulden remained in circulation until 25 June 1940 and were redeemed until 25 July. (information from Wikipedia) 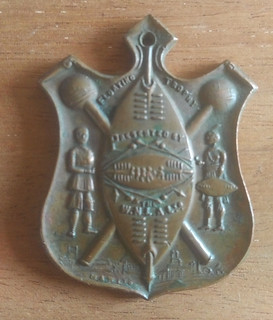 Just an interesting side light. When I was sorting out items for the meeting I noticed something familiar about the Johannesburg medallion. the style of the figures looks similar to this medallion. I struggled to identify this. It is clearly South African but through help from numismatic colleagues overseas found it was issued for or by the