A handful of coins 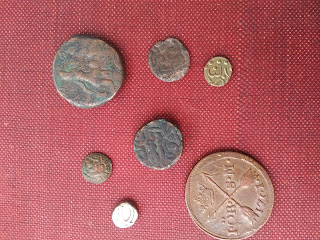 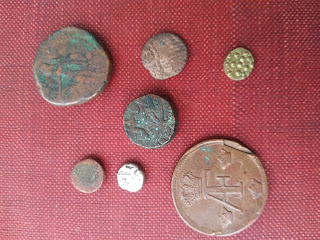 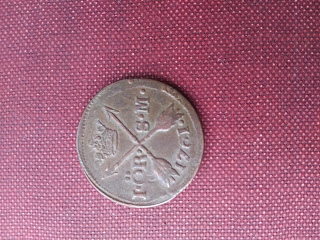 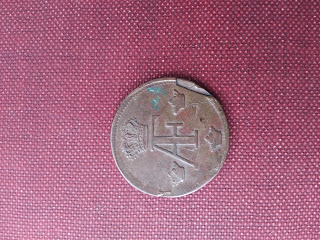 The large copper coin is a 1761 coin from the reign of Adolf Frederick. It is not in bad condition. the interesting thing (to me) is it is overstruck on an earlier copper coin. If you look at the reverse at about 4 o'clock there are three dots or lines and at 8 o'clock the faint image of the host coin between the arrow and 1 OR. Next task to identify the host coin!

Having looked at it again the obverse (with AF) looks double struck. Two of the three crowns are in two places.

The others are all Indian. The larger one is Kushan and the two smaller coins are probably South Indian. The copper coin far right middle line seems to be one of those "octopus man" chola? coins. Next job try to narrow these down. I have a few books on Indian coins and there is plenty on the web to help.

Indian coins have always fascinated me as they are relatively cheap but full of interest.

david@pickupandscott.co.uk
Posted by David at 02:24 No comments: 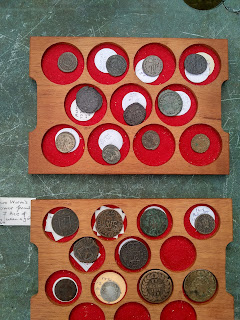 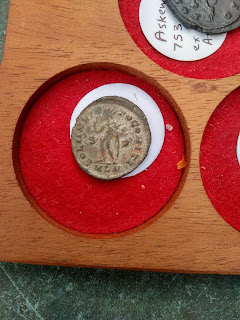 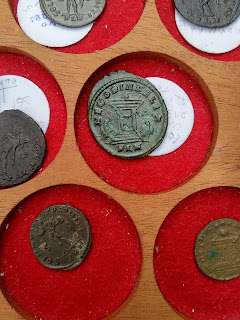 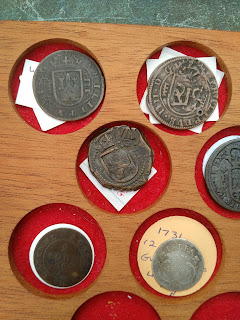 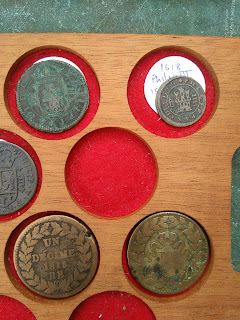 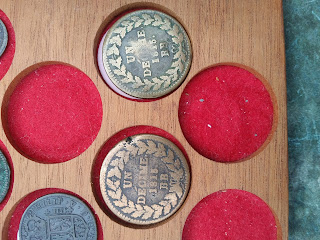 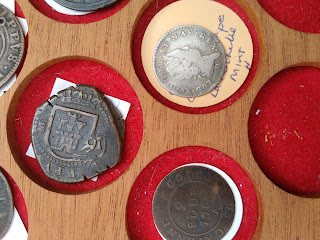 This month's meeting was on the theme of mintmarks. Here are some coins that were displayed.

The first two on the left was found at Worm’s Head, Gower, and North Wales in 1830s. Spanish coins were used a ballast in ships, at least one of which was wrecked off the Welsh coast. Shame they did not use gold coins for ballast!

Third Row 1789 2 sous Cayenne Colony A mint for Paris, Isles du Vent (Guadeloupe) H mint for La Rochelle and  Two 1815 Decimes both BB Strasbourg mint. One coin has L for Louis and the other N for Napoleon. The two coins mark the siege of Strasbourg. Bought for £2.50 each in 2002. Quite a bargain.


You used to be able to buy these for a few pounds. A member commented that she never seen so many London mints coins in the same place!
Posted by David at 06:49 No comments: