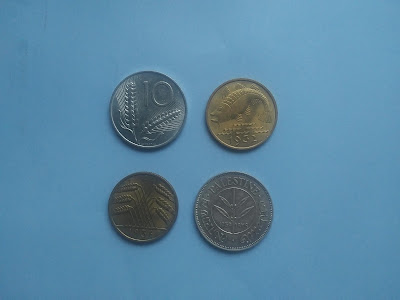 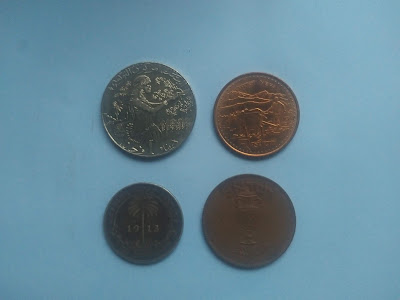 The theme of this month's meeting was harvest. There are plenty of coins which feature different crops, some of which are illustrated. There are many ancient coins with similar ideas such gold Celtic staters with barley or Jewish coppers featuring grapes. the Romans celebrated Ceres and Abuntia as well as many coins having cornucopiae.

The top coins have wheat, barley, olives and fish.

The bottom selection include agriculture and palm oil.

I cannot think of any British coins that include produce. we go in for heraldy and ships!