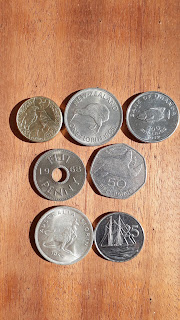 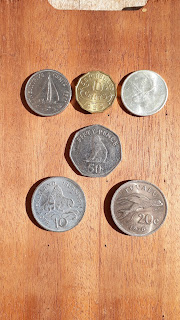 The theme for the next meeting is "outposts of Empire" which includes commonwealth coins.

I think commonwealth coins give the designer considerable scope to work with.

Some of the best designed coins are from Commonwealth countries.

Of course other countries have had empires including France and Germany. Again French colonial coins are often well designed.