Why join a coin club?

Numismatic societies exist to encourage our hobby and learn from each other.

We meet on a Saturday lunchtime at a pub in Kidlington. Each month has a theme and members can items that reflect that theme. It may be a subject or an event or a place. The idea is to include as many collecting experiences and backgrounds as possible. We very occasionally have a speaker but most meetings are informal discussions over food and drink. Members’ interests are varied and include most aspects of numismatics. We often display new purchases and swap stories about how coins used to be cheap. We pass around items to identify and usually someone knows what they are.

Maps on coins and medals 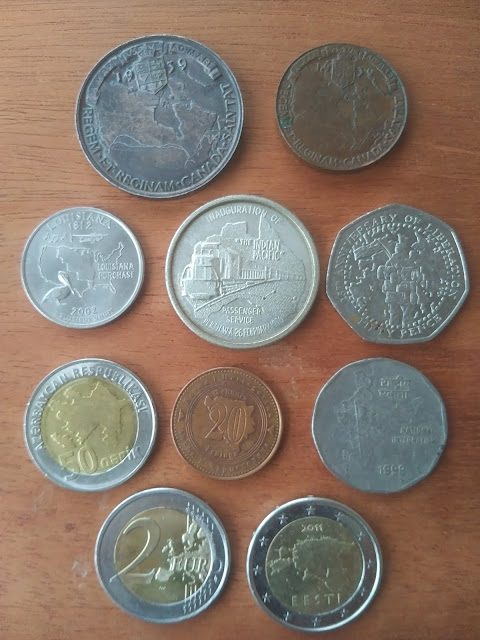 Putting a map on a coin is a modern thing. It is often used by newer states to present themselves. Here are a few

(I did not know that Azerbaijan had a detached enclave.)
The Canadian medallions mark the 1939 Royal Visit and have the route the Royal couple went on, mainly by rail.

I cannot think of any coin from Britain that has a map on it. Can you? there is a Charles II medallion showing two globes.