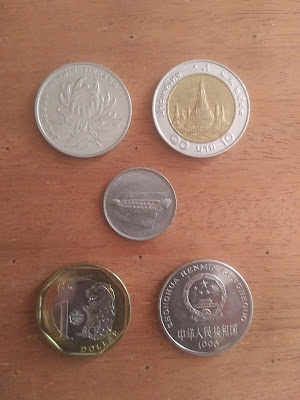 Next week's meeting will be about coins from the Far East. What will members bring?
Here are a few modern coins to be going on with

I recently asked people where I live if they had any foreign coins they no longer needed. The idea was to raise money for a charity.

What I got gives me a good idea of where people go on holiday. The coins were mainly euros which I convert into cash quite easily and holiday destinations such as Croatia. There were also a few Canadian, Israeli and Gulf states.

What strikes me is the standard of design of many countries’ coins is very high. gone are the cheap aluminium, iron and dull coins featuring a tractor. (I have nothing against tractors!). Countries celebrate their culture and history much more.

So, take a deep breath, should you collect modern? Why not? The advantages are they are cheap in good condition and interesting. I suppose every coin ever collected was a modern coin once. Perhaps the angels, testoons, drachmas and the rest were all sniffed at by some collectors as “too modern”!

So what is modern? One website said anything after 1950. I am not so sure. Modern is anything in circulation now, surely. Not convinced? I suspect every collector keeps some coins that he or she just likes. Here are some modern Bulgarian coins to be going on with. 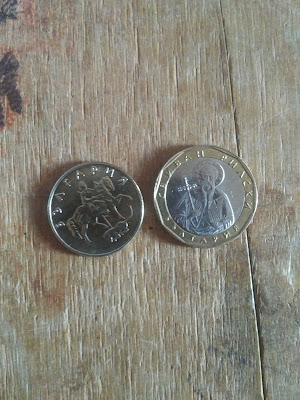