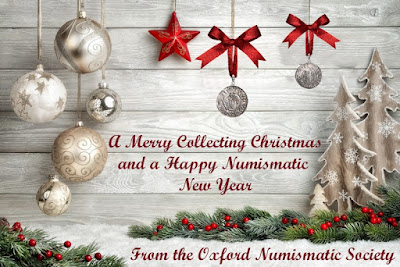 The theme was Egypt and Sudan. Members brought a selection of coins, mainly from Egypt. these ranged from the copper tetradrachms of the Roman period when that area was the bread basket of the Empire, to the medieval period and more recent issues. Many of these coins must have been brought home by soldiers who had served abroad. there was also a good display of more recent items and the large copper coins issued in Omdurman by the Mahdi. 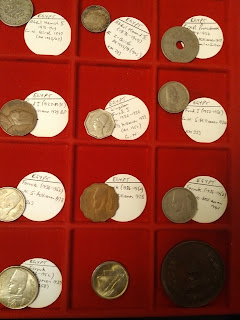 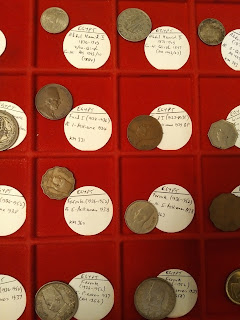 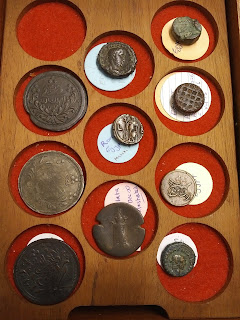 It being nearly Christmas, as is traditional in our society, members enjoyed some silver coloured rarities. These unofficial issues are often seen at this time of the year. 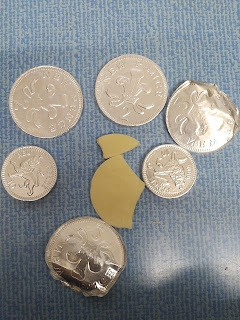 Charles I and his Oxford Crown 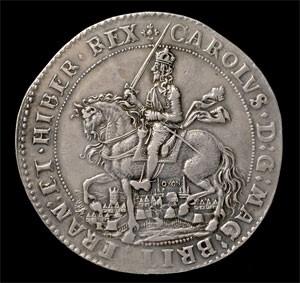 Charles I established his headquarters in Oxford during the English Civil War. His mint was here with him from 1643 to 1646.

The crown gives us a view of Oxford at the time of Charles I. A detailed picture of a city like this is without parallel on English coinage. In the foreground is the city wall and moat. On the left is Magdalen Tower. The two central spires belong to All Saints Church (reconstructed since the time of Charles I, and now Lincoln College library) and the University Church of St. Mary on the High Street.