The theme of this month's meeting was peace and war in Europe.

This topic has plenty of scope for the collector, the coins of the belligerents, and the colonies and dominions. there are plenty of commemoratives that were issued 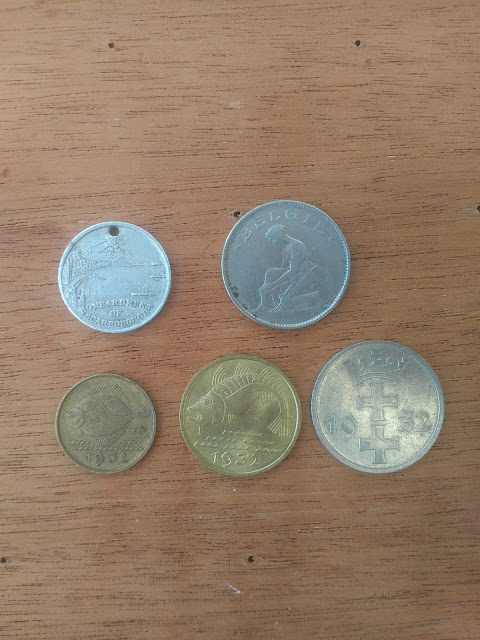 The first selection starts with a small medalet commemorating the bombardment of Scarborough in 1914. next we go to Belgium and a 1923 franc. the design shows the country wounded but undefeated. the last coins are from the free city of Danzig which was created after the war. 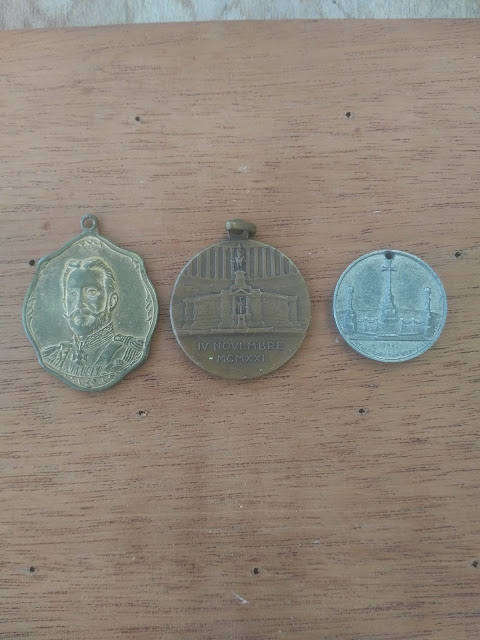 the first medal is a Tzarist Russian piece dated 1914-15. then an medallion about the Italian unknown soldier and finally a souvenir of Aylesbury town war memorial. 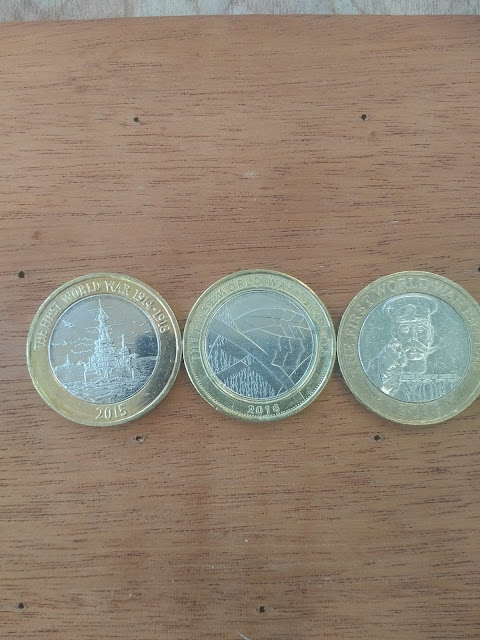 Lastly we have some recent two pound coins.