The theme of February's meeting was transport, trains, boats and planes.

There are plenty of ships on coins, from ancient times to date.

Here are some medallions featuring railways. 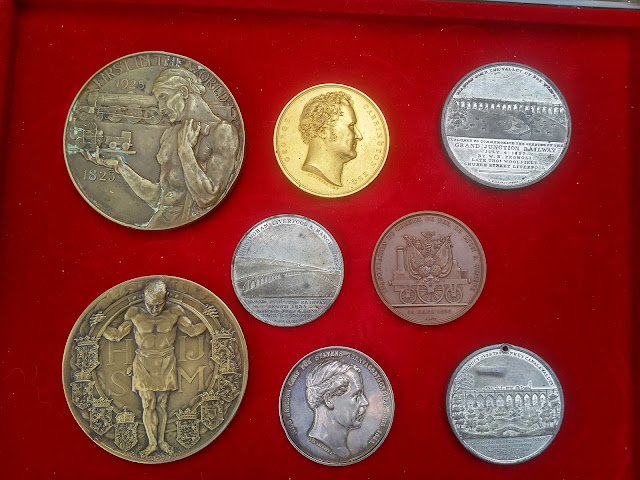 top from left: 1925 Centenary of Stockton and Darlington railway by Gilbert Bayes. This large medallion shows the dignity of labour and contrasts with the National Strike medallion of the same period. middle medallion featuring the short lived Aylesbury Railway 1839  by Stothard. Quite a rare piece. right: Grand Junction Railway 1837 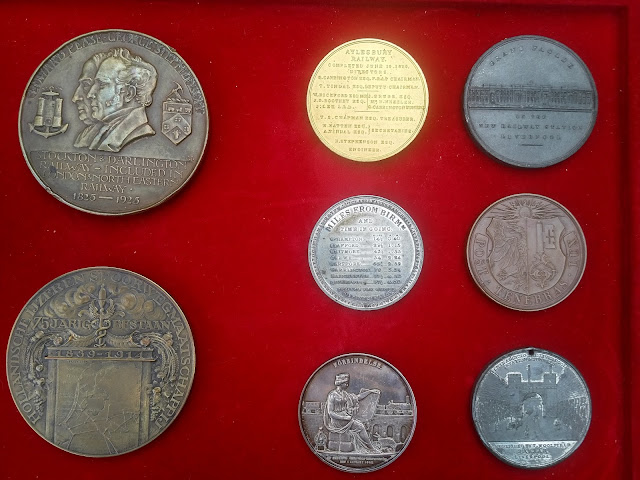