The Thirty Year’s War was a bright spot in a fairly dull course on Seventeenth Century history. I was interested in the causes of the war, the ups and downs a different countries joined in and the longer term consequences. It was a bit like one of those schoolboy fights where everyone piles in and no-one knows who is fighting whom or why. Sometimes parties were on wrong side because hated one country more than another.
You can look at it in many ways, a religious war, and an economic and social fisticuffs or not even a war at all but a series of unconnected wars which just happened to coincide. One could argue that English Civil War was part of it. The Stuarts were connected with the war. There are obvious parallels with Twentieth Century conflicts. It is a sort of genuine Game of Thrones.
Who would not like phrases such as “the defenestration of Prague” which comes from this period and “Kipper und Wipper”. This was a term arising from the period of extreme inflation, caused by trying to fund the fighting.
I have several times thought of collecting coins relating to the Thirty Years’ War. This covers a wide period and most of Europe and many religious and political theme.
If you look that up on the internet there are some excellent guides.
http://www.coinsweekly.com/en/The-Thirty-Years-War--Part-1/8?&id=452&type=a
http://www.journalofantiques.com/Jan04/coinsjan04.htm
However they tend to concentrate on more expensive coins and medallions.
Illustrated are some cheaper ones.

Top row; Ferdinand of Austria, silver coin of Besancon on the Rhine and Archdiocese of Bremen in Germany while occupied by Frederick of Denmark
Middle row: two copper coins of France Cugnon and Dombes
Bottom row: Pope Innocent X and  jetton of Richelieu with old coin ticket. 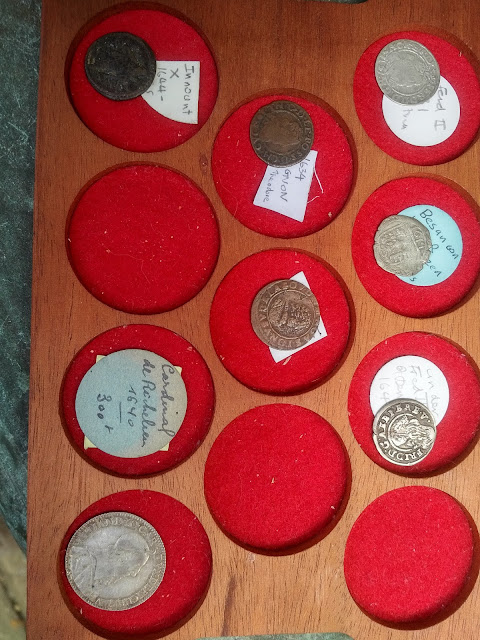 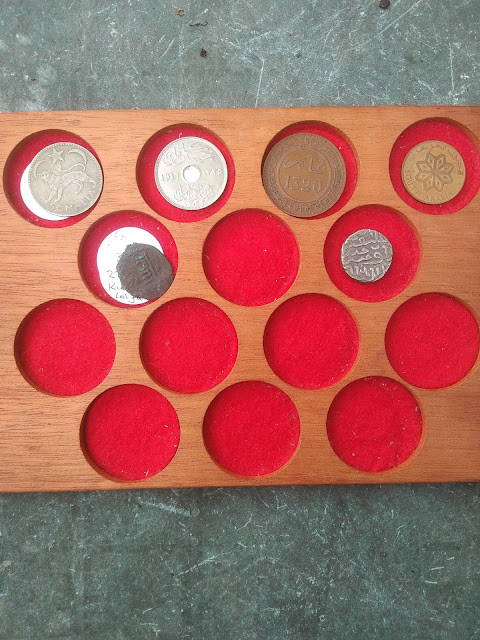 Recently despite being August and in theory the middle of Summer the weather has had a touch of Autumn. Nights get chillier and some days it is windy and wet. We have probably had our Summer!

Warm weather makes me want to collect coins from hot countries. I did some research to find the hottest countries on earth. No great surprises, India, Africa the Middle East, but also Mexico and America. No trace of England there! If you look at the current currency of those countries they are all interesting and well designed. I expect some were minted at the Royal Mint.

Yes I do think of coins from hot countries on a hot day. That usually for me means India. Coins from the subcontinent are quite reasonably priced and easy to get. Modern coins from Tunisia, Sudan, Saudi, and Somalia are probably not collected but in their way fascinating.
On a cold day I might think of cooler places but that is another story.

Illustrated here are coins of Somalia, Egypt, Morocco and South Arabia.
then an Islamic coin possibly a Mamluk coin from Aleppo. The coin is a brockage. the Indian coin is from Jaunpur sultanate 1458-79 tanka.

Other members displayed coins from the Caribbean and Middle East. 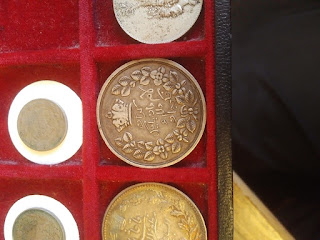 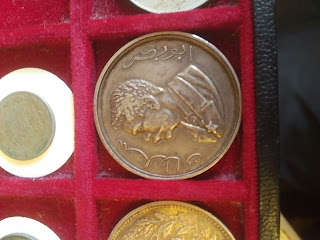 a member brought this crown sized Persian coin. Any ideas what it is?