The Eagle has always been a symbol of empire and authority from the ancient Greeks and Romans to modern times, via central Europe and America.

Members brought coins from Roman Antioch and Egypt. Most Roman coins with an eagle were from the eastern Empire. Both France and Germany were well represented as well as some from America.


Both Napoleon and the Prussian Kaisers borrowed the eagle as did America. Mexican coins have an eagle on a cactus which relates to an Aztec myth about its foundation.

As far as we can tell there are no British coins with eagles, apart from the Manx coins with the eagle and child emblem of the Stanleys, Lords of Man.

Can you think of other examples? 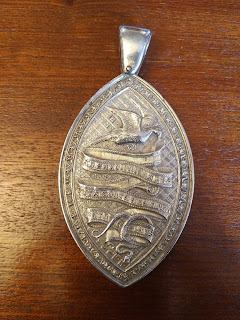