Places you want to visit.

The theme for May's meeting was "random countries you always have wanted to visit- money no object!"

I start with a medallion commemorating the US Bicentenary in 1976. Now over 40 years ago! Hardly seems possible. the medallion cot me £3.00 and is great fun, but who is forgiving whom? And what do we (or you) have to forgive?

Perhaps in 200 hundred years there will be a Brexit commemorative similarly inscribed about forgiveness. Or perhaps not. 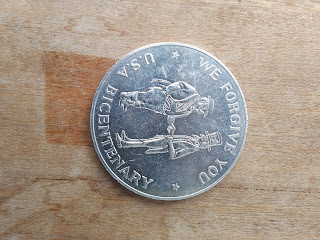 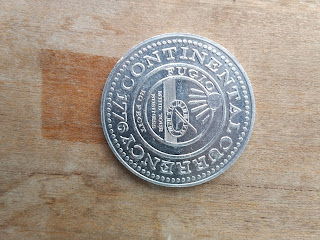 These are random items. A silver medal from Natal in South Africa given to schoolchildren for Edward VII's coronation in 1902. Next a token from Isle of Man, then a coin from Palestine and a medallion from India for Queen Victoria.

the next line includes a 50 p from Gibraltar, a coin of Borneo and Malaya and a Cypriot coin.

the bottom line has a transport token from York, a Canadian token, a Russian copper and finally an Australian Coin Club medallion. They must have had a good first year!

Apologies some of the photos are wrong way up. 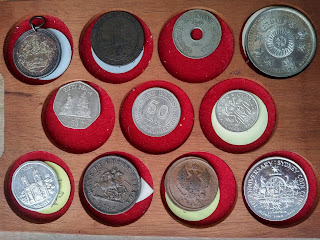 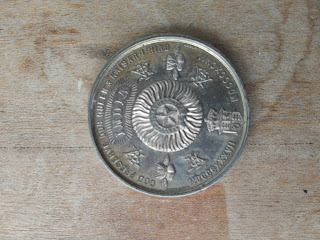 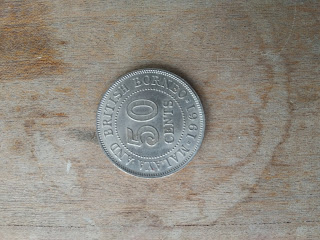 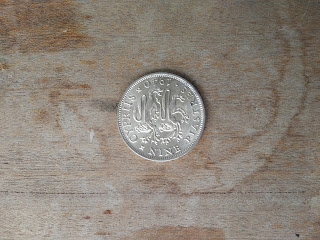 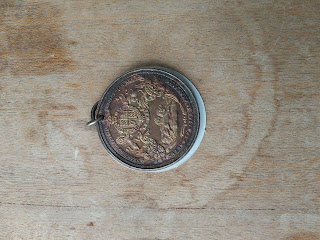 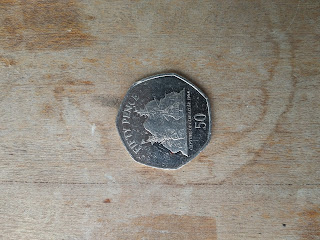 Coins are great fun and they are a cheap way of "travelling" abroad.

What links my choices? They are places I would like to go, apart from York where I have been. They all apart from Russia have a connection with Britain.