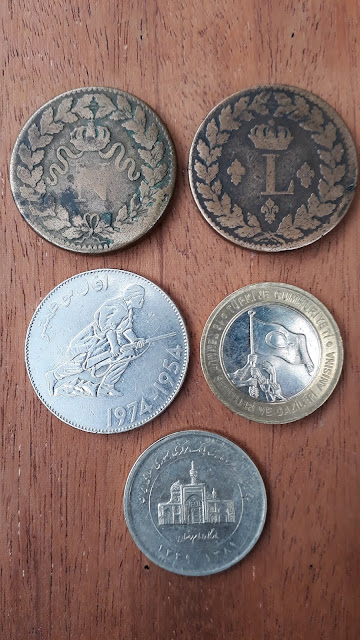 The theme today is civil war and revolution.

The first two coins are from the French city of Strasbourg and are dated 1815. One has N for Napoleon and the other L for Louis and were emergency coins of necessity made from bell money. The city changed hands and hence the two different initials but otherwise the design did not change much.  I bought these for £2.50 each in 2002 which was quite a bargain.
The next coin commemorates the 20th anniversary of the Algerian revolution. Then we have a coin marking the failed Turkish coup in 2016 and lastly a coin revolutionary Iran.

It is hard to find a country that has not had a civil war or revolution. Chile, Norway and Sweden are possible contenders. 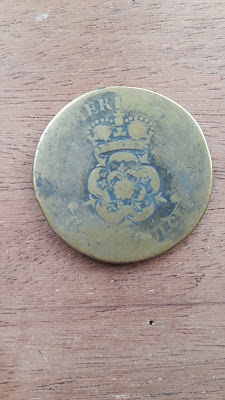 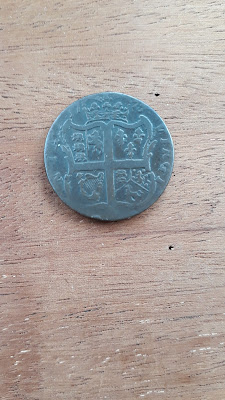 The Virginia Halfpenny of 1773 - The coin that beat the American Revolution.
On May 20, 1773 the Virginia Assembly authorized the coining of a halfpenny at the Tower mint in London. The coin, engraved by Richard Yeo, was made of copper at a weight of sixty halfpence to the pound. Five tons of halfpence (about 670,000 pieces) arrived in New York aboard the ship "Virginia" on February 14, 1774 but were not distributed until written royal permission was obtained about a year later. The coins only became available to colonists fifty days before the American War of Independence started.
The Virginians hoarded the new halfpenny, along with all other copper coins, until the end of the war. Although the halfpenny contained the portrait of King George the coins were used in Revolutionary and post war Virginia. The pound was the currency of Virginia until 1793.
Rosa Americana Tokens 1722-1724 Coins that were not agreeable or much use.
William Wood, owner of several copper and tin mines, hoped to make a profit producing coins for use in Ireland and America. Through the king's mistress, the Duchess of Kendal, he was able to obtain a royal indenture to produce coins for Ireland on June 16, 1722 and a second indenture on July 22, 1722, authorising him to produce one hundred tons of coins for the American colonies over a period of fourteen years for an annual fee of £300 to the king. The coins were made of an alloy called Bath metal composed of 75% brass, 20% zinc (mixed with tin and bismuth) and 5% silver and were to weigh slightly less than half the weight of English coins. The Bath metal planchets had to be hot when they were impressed between the dies to keep the dies from cracking. The heating of the planchets caused gas bubbles to form in the metal producing a porous surface on the coins, often with some discoloration.
These lightweight coins were not accepted by the colonists. Wood's penny was similar to a London halfpenny and his halfpenny was like the farthing, while his twopence did not correspond in weight to any currently circulating coin. In New York, merchants refused to accept the coins, Massachusetts preferred penny, two pence and three pence paper notes, rather than accept the Rosa Americana coins. Some colonies did accept them.
Because his coins were not accepted and no profits were made, Wood stopped minting coins in 1723. The Rosa Americana coins depict King George I on the obverse with the Tudor rose on the reverse. The obverse legend was one of several forms of the King's name and title while the reverse legend had various forms of ROSA AMERICANA and UTILE DULCI (the useful with the agreeable).
Information from The Coins of Colonial and Early America https://coins.nd.edu/ColCoin/