Token collecting for your Good Health! 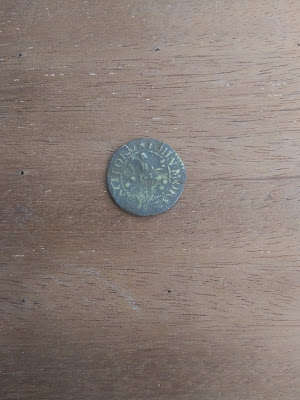 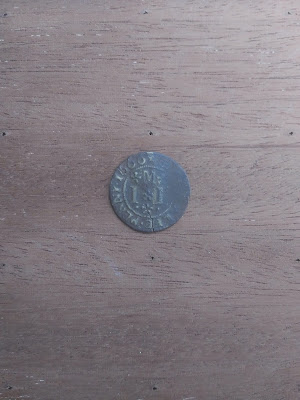 John Morse: Pirates in Watford or a health warning?

Many Seventeenth century tokens feature designs showing the issuer’s trade or occupation or heraldry. This is unusual as it shows a skeleton holding an hour glass and an arrow. Why is this?

The simple answer is a pun. The issuer was a man called John Morse which sounds like the word mors which is Latin for death.  The reverse side has the initials of the issuer, IM, for John Morse (Iohannes Morse in Latin), with a second I. Usually (if the issuer is a man), the initials include that of his wife, but Morse was widowed, hence the repetition of his initial (Unless his wife’s name was Irene or similar!).

There are references to John as a puritan preacher living in Watford. He had some dispute with William Penn, the Quaker who founded Pennsylvania. [i] The use of such a morbid image seems strange for a religious preacher. Although rare on tokens the image was well known in graveyards as you would expect, and also on pirate flags like the skull and crossbones. The addition of an hourglass meant that time was running out and an arrow hinted at violent or sudden death.

This token was issued in 1666 the year of the Great Fire of London and a year after the Great Plague. Watford is less than twenty miles from London and survivors would have moved out to the countryside. Perhaps this token hints at the need to prepare against sudden or violent death.  So some tokens come with a health warning.
[i] Thomas Clarkson (1814) Memoirs of the Private and Public Life of William Penn Who Settled the State of Pennsylvania, and Founded the City of Philadelphia Philadelphia.
https://books.google.co.uk/books?id=EZo9AAAAYAAJ